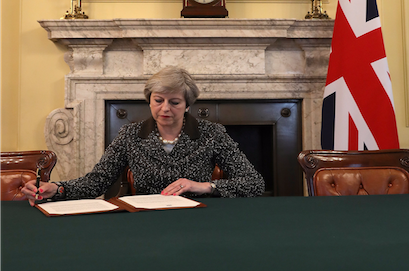 Shortly before 12.30pm on 29 March 2017 British Prime Minister Theresa May triggered Article 50. Consequently Britain needs to officially leave the European Union (EU) no later than April 2019. For the next two years, Britain will thrash out a deal for leaving the EU, undoubtedly a lengthy and complicated process. Any deal must be approved by a ‘qualified majority’ of EU member states and can be vetoed by the European Parliament.  It’s complex, cumbersome and concerning.

Fintech company, Hedgebook, was co-founded by Richard Eaddy in Auckland, New Zealand in 2012. Hedgebook is a treasury management system that records, reports and values FX forwards, options and interest rate swaps.  Hedgebook replaces spreadsheets. It enables users to identify risk and understand when and if it is appropriate to hedge. Reporting modules facilitate planning and forecasting to see what influence potential currency fluctuations will have on your hedging and exposure.

Hedgebook is the largest SaaS treasury management software provider in Australia and New Zealand.  They had not however considered exporting to the United Kingdom until market entry specialist Graham Dockrill suggested they start thinking seriously about the UK. Graham founded Citrus Tree Consultants to help businesses like Eaddy’s expand into new territories, seizing opportunities and aligning strategy and sales.

Eaddy reflects, “I was a bit nervous because of the political climate, however the instability of the foreign exchange markets ended up providing a huge opportunity for us.  But to go over there cold and sell into banking institutions was a daunting task.”

Citrus Tree Consultants undertook market validation with banks and brokers, and Eaddy and Dockrill identified a gap in the market for FinTech offerings that provided more relationship-driven engagements, breaking away from the more traditional transactional based FX trades. “It was full steam ahead,”  says Eaddy.

“Hedgebook are not the only FinTech company to be powering ahead with expansion plans despite Brexit.” ­– Graham Dockrill, CEO Citrus Tree Consultants

‘Resident Tax’ is another FinTech company capitalising on the opportunities Brexit affords. Resident.Tax is a mobile day-counting application designed for those who travel frequently to countries where day-counting is needed to establish tax residency. The application combines location and tax data to provide users, tax advisors and employers with real-time residency information, helping them meet their compliance obligations linked to taxation rules across various jurisdictions.  Resident.tax partners with law firms, start-ups, professional advisors and multi-national corporations.  “We accelerated our software development,” says founder Nikhil Chouguley. “The reality is, whatever the Brexit process is, it isn’t going to take place for at least two years. We’ve got a lot of growing to do in the next two years.”

A recent survey of over a thousand small business leaders conducted in the UK showed most are now more confident about their own business prospects than they were at the tail end of 2016. That aside, some were more pessimistic about the future of their industry more generally.

The SME Growth Tracker, which is commissioned by Enterprise Nation and Amazon (UK) found that the majority of small and medium size enterprises have raised their revenue growth projections for the third quarter in a row and are now forecasting revenue growth of 2.3 per cent in the next 12 months.

Again, a similar survey of 416 businesses by online retailer eBay showed that 46 per cent were confident about their growth prospects, compared to 19 per cent that expressed pessimism.

Graham Dockrill says optimism is a typical trait of entrepreneurs, who are naturally inclined to get on with things and see opportunity where others don’t when faced with challenges. Small business leaders remain concerned about the impact of Brexit on immigration, taxation and currency. Small businesses are optimistic but do see potential risks. Currency fluctuations are top of the list.

The pound fell to its lowest level in 30 years in the aftermath of the EU referendum on 24 June, but held up when Article 50 was triggered in March. It has since taken another dive after the political chaos following the snap election.

While UK exporters have benefitted from the weaker pound, importers are already seeing price rises.  Online businesses have also felt the pressure of rising costs, especially when purchasing software and technology from the United States. Companies are now looking at hedging currency risk using forwards and derivatives. Online platforms such as www.hedgebookpro.com, https://www.hifx.co.uk, https://www.halofinancial.com and www.moneymover.com have made this much easier to do.

While political sentiment is unpredictable, there is plenty SMEs can do to prepare for imminent changes over the next two years as the UK hammers out trade deals with 27 EU states.

Businesses should always check financials first. Secondly, they should make the most of things staying the same. Thirdly, they need to prepare for the future and think global.  The biggest thing about Brexit is planning. 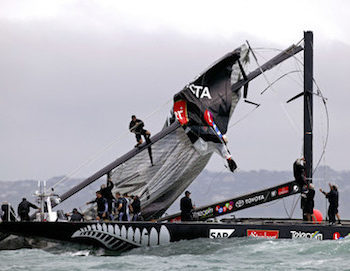 How to sell your Grandmother