Citrus Tree Consultants works with companies and their customers throughout the world. In the last year, I have worked with many cultures and locations, all with their nuances and peculiarities. Business etiquette is an integral part of a country’s business culture. It encompasses the accepted code of thoughtful behaviour and can be thought of as the prescriptive elements of culture. Being aware of these elements can therefore help you understand expectations, as well as helping you avoid doing or saying the wrong things during a business encounter.

Singapore is a multi-ethnic society comprising Chinese, Malay, Indian and Eurasian communities.  According to Singapore’s Department of Statistics, by mid-2012, there was a total population of 5.3 million people. It’s estimated that 40 per cent of the total population are foreigners, so there could be more than 2 million expats in Singapore. In most cases whilst doing business in Singapore, one will encounter Singaporean Chinese as they form the majority  of the population. For most business counterparts in Singapore, greetings are formal and usually done with a handshake and a slight bow. When exchanging business cards, it is normally   using both hands. Further, one should ensure that the card is turned towards the receiver. Mr Mark Allport, an ex-pat New Zealander and founder of Innovation Kitchen ), a world-leading food and beverage brand agency says: “One important thing I’ve learnt when beginning a business meeting or social occasion, is to always shake hands with each individual present, both when arriving and when leaving, and I do so in a firm manner. Many people in Singapore will bow slightly when shaking hands, making it appropriate to give a small bow in return. As a general rule, I avoid touching a person’s head, or their child’s head, as it is considered sacred. Secondly, in Singapore punctuality is taken to an even higher level than most countries and being on time to meetings or notifying others of any expected delay is key and vitally important.”

In the United Kingdom a pint at lunchtime at the local pub or drinks in the evening are a very common way to negotiate business deals.  In Denmark, lunch is the most common mealtime during which to conduct business negotiations and is usually served from noon until 2:00pm.  In Spain, an evening dinner with a client will be a late affair.  Restaurants will not open until at least 8:30pm which is considered early, so plan to eat at 9:30pm at the earliest.

Even if the Danes tend to get straight down to business in meetings, it is still appropriate to start the meeting with about 10 minutes of informal conversation. The Dutch have a very similar approach to business meetings. Both the Dutch and the Danes see humour as an essential to everyday life and, to many Danes, humour comes with irony. This may be difficult for foreigners to appreciate, although New Zealanders and Australians relate to this dry sense of humour with equally robust banter. In fact, relating to this dry ironic sense of humour is  essential if you want to understand the Danish mentality. Maintaining credibility is also important in both of these cultures so actions must be followed up on and completed in the agreed timeframes.  Most executives will be impressed by a prompt follow up of actions agreed at a meeting.

In my experience working extensively across the United States, business attire differs between regions, so  double check before you go. A general rule is that east tends to be more formal than west.  New York is formal and you will be expected to wear a suit in professional industries and meetings.  While not as formal as the UK, where a three-piece suit is common, smart business attire is expected. The west coast is more laid back and I have had customers attend meetings in shorts and sneakers.  Texas is less formal than NYC and a suit is not generally required and a good pair of chinos and a button-down shirt is acceptable. Business professionals may arrive to meetings in cowboy boots or well-tailored blue jeans and a hat!

That said, business suit and tie are safe and appropriate in all major cities. Wear dark coloured business suits in classic colours of grey and navy. For an important formal meeting, choose a white dress shirt, for less formal a light blue shirt will still give you a conservative appearance.

The Texas economy is the second-largest in the United States, with a GDP of 1.6 trillion USD. With over 10 per cent of the 1,000 largest U.S. companies located in major cities, it’s diverse, huge and sophisticated. Texas still has a booming oil industry and wide-scale manufacturing means big business for companies both nationally and internationally.

New Zealand company, Who’s on Location is making significant inroads in Houston.  Who’s on Location offers Visitor Management Software  to manage people (visitors, contractors, and employees) signing into and out of sites in a simplified, effective way. Chief Executive Officer & Founder Darren Whitaker-Barnett explains why he chose to do business in Texas:

“The size of the Texan economy and the access to clients and capital meant that setting up an office in Houston was a priority for us.  However, adjusting to Texan culture can be tricky. Their brand of southern hospitality and Texas-sized state pride may seem unfamiliar or overwhelming at first.”

It’s important to understand that each city and region boasts its own unique culture and traditions. For example, the Texan capital city of Austin is considered the most liberal and free-spirited of all its cities, while Houston is famous for its sprawling metropolis and trade-driven economy.

Good old southern hospitality is alive and well in Texas. From holding the door for elders and letting women enter an open door first, to friendly “hello’s” on the street, Texans mind their manners.  Traditional forms of etiquette such as opening the door for ladies, offering cool refreshments to visiting guests, and using “sir” and “ma’am” as familiar forms of address, are still widely used.

Texas is on one of the most patriotic states I’ve had the opportunity to work in.  Texans are proud of their state and as the saying goes, “Don’t mess with Texas!” Texans take their state seriously and cultural traditions such as barbecue, rodeo, music, and flying the state flag are beloved parts of their identity. While polite questions are welcome, cultural critiques will be met with a cold shoulder. Keep comments curious and friendly, and ask about novel traditions and cultural norms.

The United States was founded on the work ethic that good, honest, hard work is rewarded. Because of this work ethic, time is money and punctuality is highly regarded, so a quick call can save the day when traffic in a major city causes unexpected delays.

In general, social conversations in the United States are light. There is a standard format for small talk. People ask brief questions and expect brief answers. Some Americans become uncomfortable when a person talks for too long in social situations.  As mentioned in a previous blog post, I would strongly discourage discussing politics.  This is a polarising and confrontational topic which can win or lose a client based on your political position.  Specifically, Texas is home to a vast range of political and social views, so it’s best to keep the conversation away from the more controversial topics of politics and religion. Mentioning controversies concerning the second amendment, current or former presidents, and their secession will cause awkwardness for you and your guest.

One important social etiquette to understand (and one I’m guilty of contravening due to having a slight hearing impairment), is that speaking loudly on the phone is considered rude, even when outside. Only speak as loudly as you need to for the other person to hear you.

Lastly, as you would expect, eye contact is considered a respectful behaviour, especially whilst greeting someone and shaking their hand. Remember that business is not about businesses working with businesses, it’s ultimately about people connecting with people. When thinking about business, many choose to collaborate with, work for, or buy from someone who has high standards of professional business behaviour. Making an effort to learn about the cultural etiquette of one’s business counterparts can therefore make all the difference in the success of your business.

Graham Dockrill is a FinTech expert, serial entrepreneur, and founder of Citrus Tree Consultants. He has offices in the UK and USA from where he supports Australian and New Zealand businesses by aligning strategy and sales in the United States and United Kingdom.

How to Build a Disruptive Sales Model 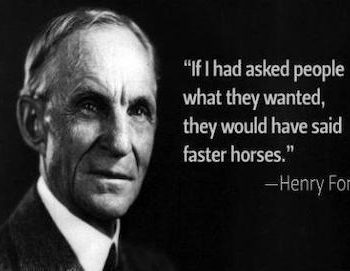